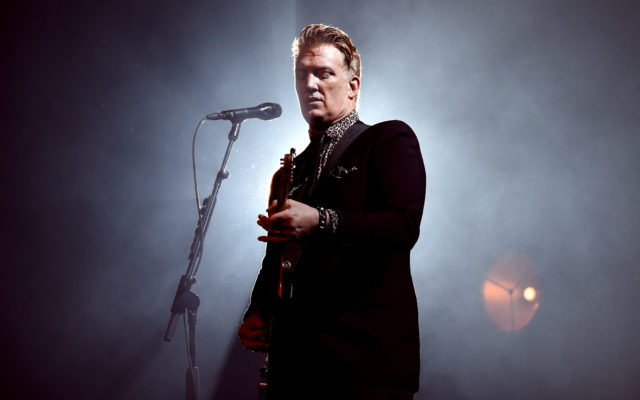 INGLEWOOD, CALIFORNIA - JANUARY 16: Josh Homme performs onstage during I Am The Highway: A Tribute To Chris Cornell at The Forum on January 16, 2019 in Inglewood, California. (Photo by Kevin Mazur/Getty Images for The Chris Cornell Estate)

Calling their dad “scary,” the children of Queens of the Stone Age frontman Josh Homme have filed a restraining order against him.

According to documents filed Friday by the kids’ mother, the Distillers’ Brody Dalle, the kids — 10-year-old Orrin and 5-year-old Wolf — claim their father has physically abused them by grabbing their genitals, biting their ears and berating them. The order prohibits Homme from coming within 100 yards of his children and their dog.

In response to the restraining order, an attorney for the singer says, “The allegations made by Ms. Dalle against Mr. Homme are categorically false. In order to protect the children, we will not be making any further statements.”