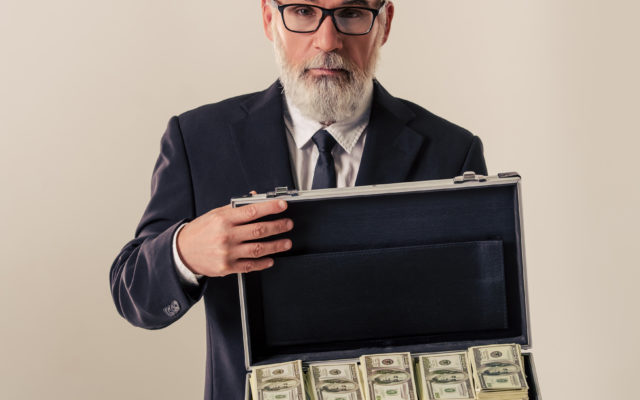 Handsome bearded mature businessman in classic suit and eyeglasses is showing an open case of money and looking at camera, isolated on white

While COVID shutdowns and layoffs left a lot of people in financial lurches over the past year, not everyone fared so poorly.

In fact, at least 5.2 million people have become millionaires since the pandemic got underway, financial experts say.

The increase, reported by Credit Suisse, brings the worldwide total of millionaires to 56.1 million. “It had an acute short-term impact on global markets, largely reversed by the end of June 2020,” economist Anthony Shorrocks says of the pandemic. “Global wealth not only held steady in the face of such turmoil but, in fact, rapidly increased in the second half of the year.”

What businesses and industries have prospered as a result of the pandemic?