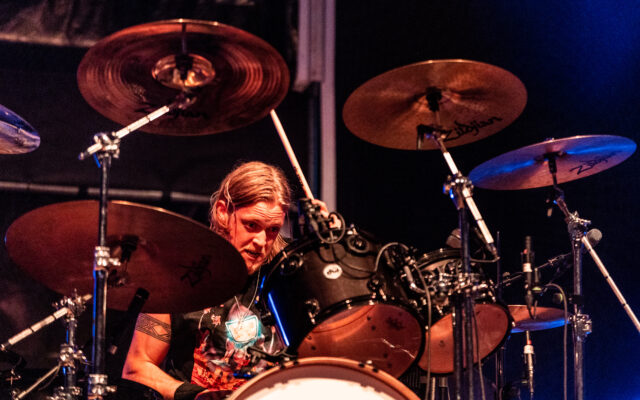 Rufus Taylor, the drummer for The Darkness, talked about playing drums with Foo Fighters at the Taylor Hawkins Tribute Concerts last September.

When the Foo Fighters performed at Wembley Stadium and in Los Angeles 24 days later, Rufus Taylor played drums on the songs “These Days” and “Best of You.”

In an interview with Music Radar, Taylor said it was scary doing the tribute concerts because, in the rehearsals, he was surrounded by the best drummers in the world. He also called the Foo Fighters family and knows Taylor Hawkins would be proud.

Would you want to see Rufus Taylor as a permanent drummer for the Foo Fighters? If not, who would be a good choice?