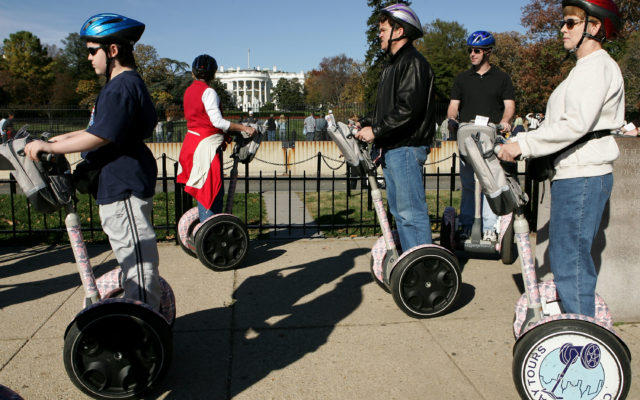 Well, it looks like another familiar product has reached its end. The manufacturer of Segway has announced that they will be ending production on the iconic personal transport machine.

As a matter of fact, the two-wheeled transporter, the Segway PT, that was popular with tourists and law enforcement is scheduled to be retired on July 15.

When the Segway was introduced it was touted as the revolutionary invention that would change the way people get around, but that wasn’t the case.

The machine that carried a standing passenger on a platform only accounted for less than 1.5 percent of Segway’s revenue last year.

As a result of Segway ending production of the transport 21 people will be laid off, 12 others will stay on for two months to a year, and five will still be employed with the company.

Have you ever ridden a Segway?