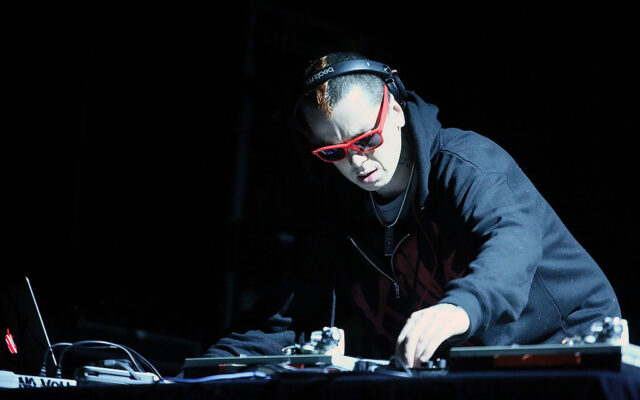 NEW YORK, NY - JANUARY 17: Sid Wilson of Slipknot performs during the Rock For Recovery, A Benefit For Victims Of Hurricane Sandy at the Gramercy Theatre on January 17, 2013 in New York City. (Photo by Astrid Stawiarz/Getty Images for Rock for Recovery)

Slipknot unveiled their new masks last week, and DJ Sid Wilson is outdoing himself, not only with his new mask, but also with the old one.

For upcoming album “The End, So Far,” Wilson he has gone full cyborg, complete with robotic hands and gilded facegear.

He also has plans for his old mask though, and is turning his “This We Are Not Your Kind” era mask into an animatronic puppet that ‘sings’ along onstage.