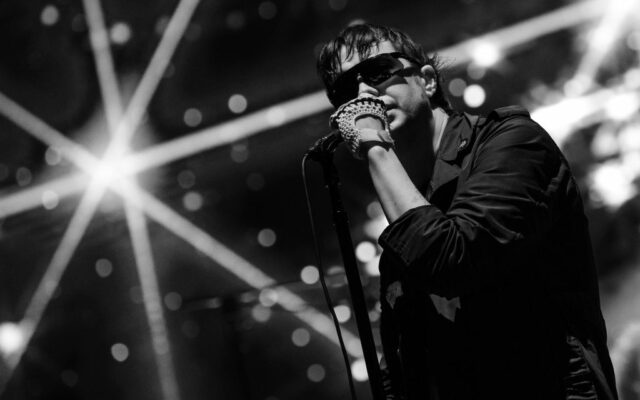 SAO PAULO, BRAZIL - MARCH 25: (EDITORS NOTE: Image has been converted to black and white.) Julian Casablancas of The Strokes performs during day one of Lollapalooza Brazil Music Festival at Interlagos Racetrack on March 25, 2022 in Sao Paulo, Brazil. (Photo by Mauricio Santana/Getty Images)

Strokes frontman Julian Casablancas is the latest artist to cash out on his song catalog.

The singer has reportedly sold his stake in The Strokes’ catalog to Primary Wave – the company that owns song rights for artists like Stevie Nicks, Def Leppard, and Prince.

Terms of the deal were not disclosed, but some recent publishing deals have involved hundreds of millions of dollars.

Why are so many artists cashing out?  Are we at the peak of the market, or will song rights keep going up?