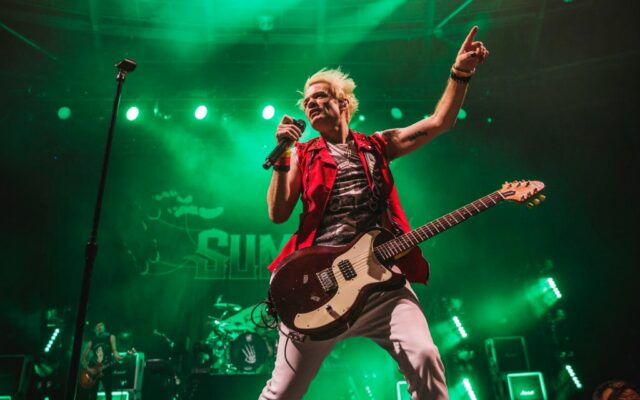 BERLIN, GERMANY - FEBRUARY 01: Singer Deryck Whibley of the Canadian rock band Sum 41 performs live on stage during a concert at Velodrom on February 1, 2020 in Berlin, Germany. (Photo by Gina Wetzler/Redferns)

While there is no replacing the late Chester Bennington, many have wondered if Linkin Park will continue with someone else taking over frontman duties.

In a recent interview, Deryck Whibley of Sum 41 was asked if he would be someone who could fill in for Bennington.

“I think that’s an impossible task; I think those are impossible shoes to fill,” Whibley responded. “I don’t know if they’re ever gonna do anything. I have no idea what that’s gonna look like or who that could be.”

Whibley performed a Linkin Park song with singer Mike Shinoda at the Reading Festival in 2018.

Do you think Linkin Park will ever get someone to take over Chester Bennington’s role? Who would be a good fit with the band?