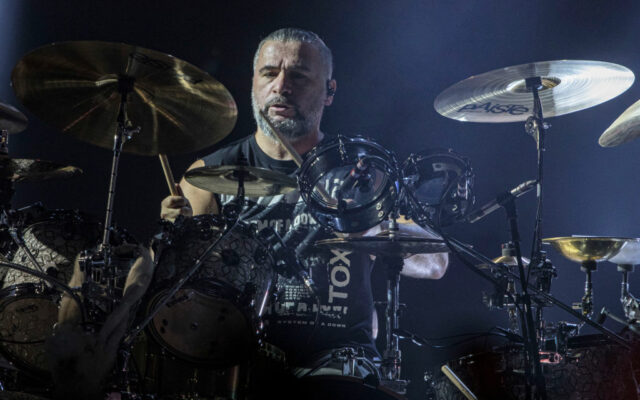 System Of A Down drummer John Dolmayan says the band should have replaced vocalist Serj Tankian back in 2006.

The band hasn’t released an album since 2005 and went on a four-year hiatus the following year.

They reunited in 2010 and have toured sporadically ever since, but new music has not been forthcoming.

In a new interview, Dolmayan said:

“Serj hasn’t really wanted to be in a band for a long time. And quite frankly, we probably should have parted ways around 2006. We tried to get together multiple times to make an album, but there were certain rules set in place that made it difficult to do so and maintain the integrity of what System of a Down stood for. So we couldn’t really come together and agree. But at the end of the day, if you have a majority of the band thinking one way and one person thinking the other, it’s very difficult to come together and make music thinking that person is important. And every member of this band is very important to the overall sound of the band.”

He went on to double down saying:

“I think we should have moved on, and if Serj didn’t wanna be in the band at that time, we should have just moved on and done it with somebody else. But as it is, I think we wasted 15, maybe 20 years of our lives waiting.”

What should you have moved on from long before you did?