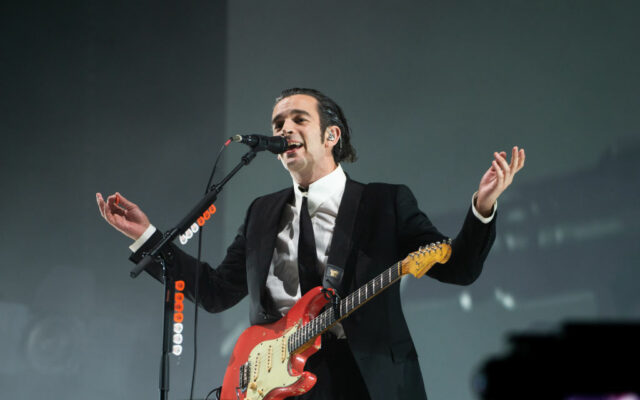 READING, ENGLAND - AUGUST 28: (EDITORIAL USE ONLY) Matty Healy of The 1975 performs on the main stage during Reading Festival day 3 on August 28, 2022 in Reading, England. (Photo by Joseph Okpako/WireImage)

Matty Healy has addressed recent rumors that The 1975 could be working with Taylor Swift.

Healy mentioned in 2019 that he wanted to produce an “intimate acoustic album” with Taylor; however, he missed an opportunity to pitch the project to Taylor when they met at the NME Awards in 2020.

Healy appeared on a leaked tracklist of Swift’s “Midnights,” album which Healy confirmed was “fake.”

When asked about a possible collaboration recently, Healy responded, “Oh no, we’re not [working together],” he replied. “We’d love to… love to work with Taylor Swift. [I] love Taylor Swift… think she’s one of the best songwriters. Yeah, no… we haven’t done that. We’d love to, though, wouldn’t we?”