The Craziest Things Seized by TSA in 2021 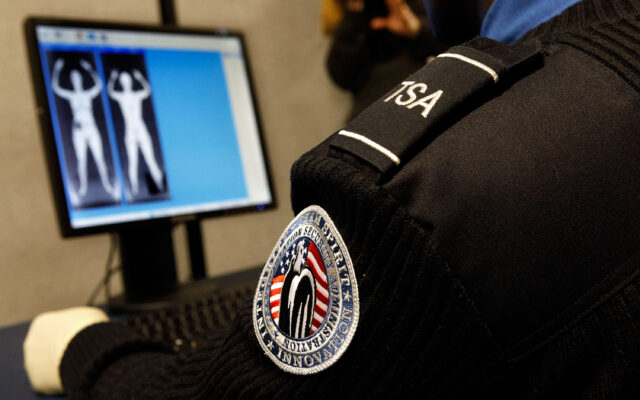 ARLINGTON, VA - DECEMBER 30: Transportation Security Administration Security Officer Nyamsi Tchapleu looks at images created by a "backscatter" scanner during a demonstration at the Transportation Security Administration's Systems Integration Facility at Ronald Reagan National Airport December 30, 2009 in Arlington, Virginia. Backscatter technology uses low level x-rays to create a two-sided image. The scan can detect hidden metallic and nonmetallic objects such as weapons and explosives without physical contact. The TSA will roll out 150 backscatter scanners in 2010 and has budgeted for 300 additional imaging units. (Photo by Chip Somodevilla/Getty Images)

With the year wrapping up, the Transportation Security Administration is sharing some of the craziest things it’s gotten through security in 2021.

Among the items were grenades, exploding golf balls, bullets hidden in a Mentos gum container, and a harpoon!

Of course, that was not all. TSA also confiscated throwing stars, a Nightmare on Elm Street-themed cleaver, and a stun gun disguised as a smartphone!

Check out all of the items seized by TSA over on their Instagram page!

Have you ever tried smuggling something weird into your luggage?

44 mins ago
Connect With Us Listen To Us On