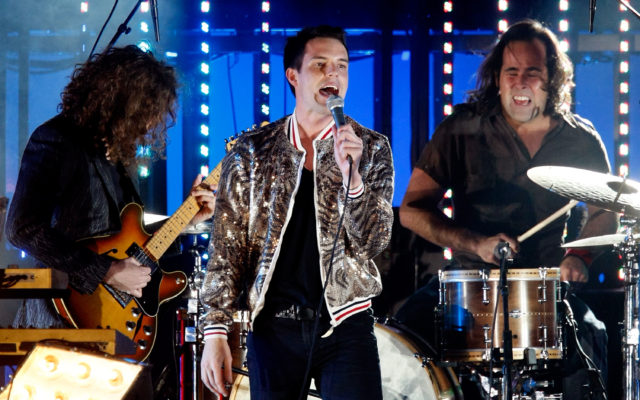 The Killers have signed on to help the Las Vegas Raiders break in their new facility.

The group will deliver a halftime performance at Allegiant Stadium during Monday’s game against the New Orleans Saints — virtually, that is. The trio has pre-recorded a performance on the roof of Caesars Palace, which will be rolled out after the second quarter, according to team president Marc Badain. “The Raiders really wanted to pay homage to our new hometown, so naturally, we were ecstatic to partner with an iconic Las Vegas band like

The Killers on this once-in-a-lifetime performance,” Badain says.

Only the teams will be on hand for the unveiling of the long-awaited stadium; fans have been barred from the game in an effort to prevent the spread of COVID-19.

Is the lack of fans the reason ratings are down for NFL games?