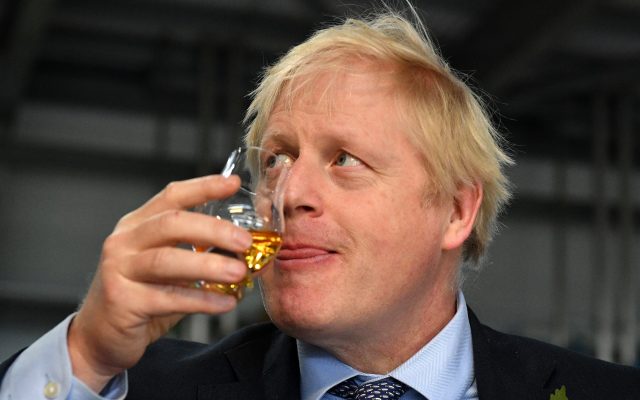 This calls for a toast: the price of whiskey has dropped to a record low — and it will stay that way for at least four months, according to the Scotch Whisky Association.

The price cut comes courtesy of the U.S. government, which has suspended tariffs on imports from the U.K. for the next four months, the association reports. The suspension went into effect Monday.

British Prime Minister Boris Johnson says the tariff suspension is a victory for Scotland, where 50,000 residents are employed by whiskey manufacturers. “From Scotch whisky distillers to Stilton-makers, businesses across the U.K. will benefit from the U.S. decision today to suspend tariffs in this dispute,” Johnson says. “I now look forward to strengthening the U.K.-U.S. relationship, as we drive economic growth and build back better together.”

Were you aware that whiskey costs so much because the U.S. has been taxing Scotland before taxing U.S. consumers?