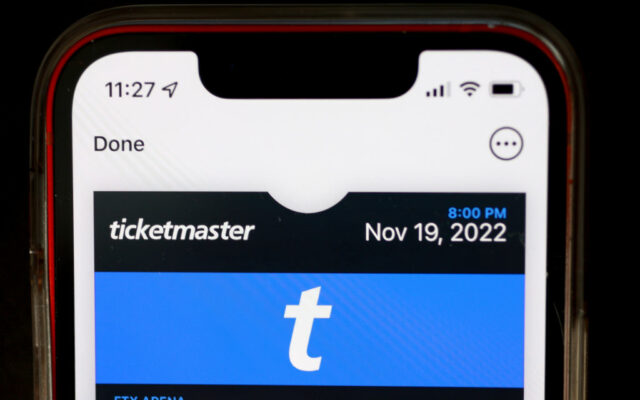 MIAMI, FLORIDA - NOVEMBER 18: : In this photo illustration, A ticketmaster ticket is shown on a cellphone on November 18, 2022 in Miami, Florida. The Justice Department is reportedly investigating the parent company of Ticketmaster for possible antitrust violations, this follows the news that Taylor Swift concert ticket sales overwhelmed the Ticketmaster system.(Photo illustration by Joe Raedle/Getty Images)

The Justice Department has launched an antitrust investigation into the proprietor of Ticketmaster, whose sale of Taylor Swift concert tickets this week plunged into turmoil.

The main focus of the investigation is whether Live Nation Entertainment abused its authority in the multibillion-dollar live music industry.

The inquiry was underway before the botched presale for Swift’s tour, but it has gained attention since the systems at Ticketmaster crashed as customers attempted to purchase tickets.

According to anonymous sources, members of the antitrust division’s staff at the Justice Department have recently gotten in touch with music venues and players in the ticket market to inquire about Live Nation’s practices and the overall dynamics of the industry.

Is Live Nation Entertainment doing some shady business? What do you think should be done about the incident?