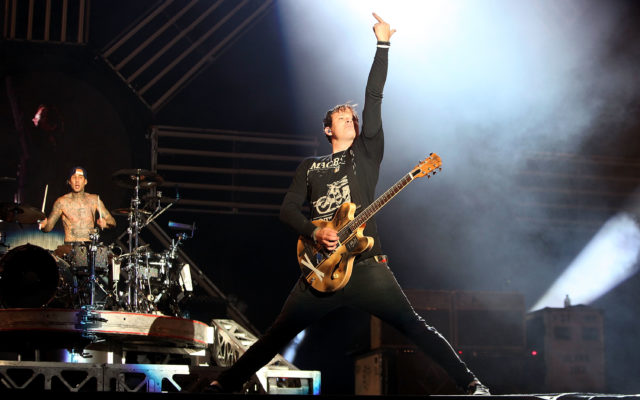 READING, ENGLAND - AUGUST 29: Tom Delonge of Blink 182 perform live on the Main stage during the third and final day of Reading Festival on August 29, 2010 in Reading, England. (Photo by Simone Joyner/Getty Images)

We may be hearing something new’ish from Tom DeLonge and Travis Barker soon!

In a recent interview, DeLonge said that a new song from side project Boxcar Racer has been recorded.

While DeLonge said that the song he and the blink-182 drummer has been “floating around” on “someone’s computer,” fan should be hearing it by Boxcar Racer’s 20th anniversary.

“Yes, we are gonna put this out and it’s probably perfect timing now that we’re at that anniversary,” DeLonge said.

Do you think Boxcar Racer has more than just a song recorded? Which Tom DeLonge side project do you like more: Boxcar Racer or Angels and Airwaves?