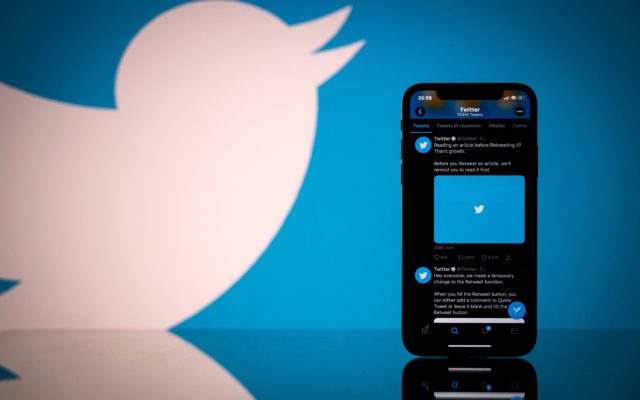 This photograph taken on October 26, 2020 shows the logo of US social network Twitter displayed on the screen of a smartphone and a tablet in Toulouse, southern France. (Photo by Lionel BONAVENTURE / AFP) (Photo by LIONEL BONAVENTURE/AFP via Getty Images)

Twitter is introducing a feature that will temporarily “autoblock” accounts for harassing behavior or abusive language.

In an announcement Wednesday from Twitter, the company said if a user turns on the new safety mode feature, accounts that send “harmful or uninvited replies” will be autoblocked for seven days.

That means they won’t be able to follow the user’s account, see their tweets, or send them direct messages.

Accounts blocked through safety mode can be seen and undone at any time through a user’s settings, according to Twitter.

What do you think about this idea? Is it a good plan?