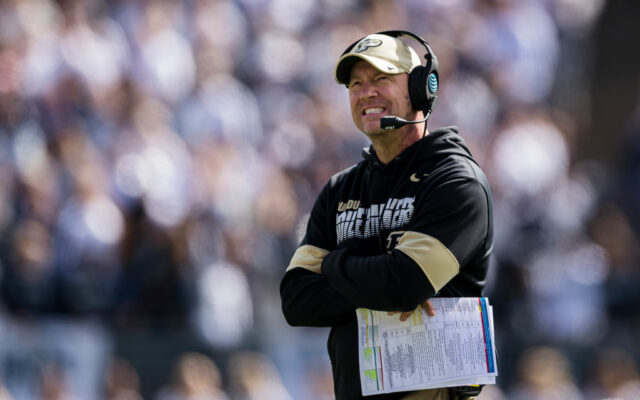 STATE COLLEGE, PA - OCTOBER 05: Head coach Jeff Brohm of the Purdue Boilermakers looks on during the first half against the Penn State Nittany Lions at Beaver Stadium on October 5, 2019 in State College, Pennsylvania. (Photo by Scott Taetsch/Getty Images)

Just days after the announcement that Scott Satterfield was leaving U of L to head to Cincinnati, there’s already a new head coach for the Cards!

Jeff Brohm was announced as the next head coach, coming from his position as head coach at Purdue.

Louisville is hiring Purdue HC Jeff Brohm as its next head coach per @ClowESPN.

The deal is for six years in the $35M range 👀 pic.twitter.com/V5COSl7D6i

Born and raised in Derby City, the Brohms are considered football royalty in the city of Louisville, and staples of the community. Jeff previously both played as a player, and coached as an assistant, with the Cardinals.