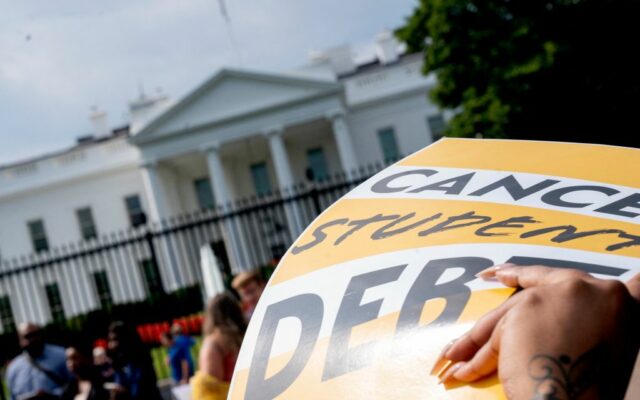 An activist holds a cancel student debt sign as they gather to rally in front of the White House in Washington, DC, on August 25, 2022. - Biden announced on August 24, 2022, that most US university graduates still trying to pay off student loans will get $10,000 of relief to address a decades-old headache of massive educational debt across the country. (Photo by Stefani Reynolds / AFP) (Photo by STEFANI REYNOLDS/AFP via Getty Images)

So far, it looks like the latest decision to strike down President Joe Biden’s student loan forgiveness plan is going to stick — meaning even if you’ve been approved for debt forgiveness, you’re going to have to start paying back the money you borrowed for school.

Unless the Department of Education is successful in its attempts to overturn two recent rulings, payments on student loans are set to resume in January. That’s when loans will begin accruing interest again and missed payments will go back to leaving dents in your credit history.

At least 26 million borrowers had applied for student debt relief before the application process was put on hold. Of them, 16 million had already been approved.

Do you feel that once the government promises something to the American people, it has to deliver?