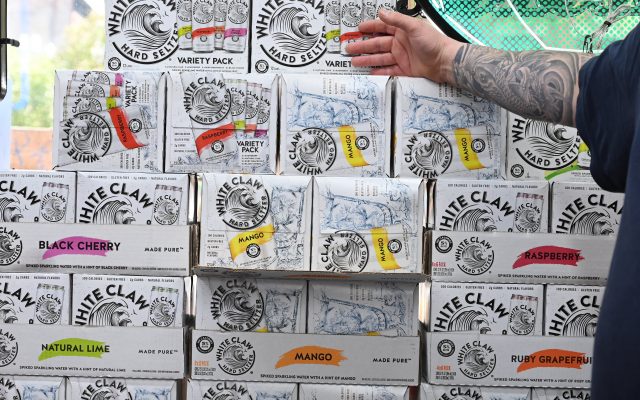 Cartons of White Claw, a flavored alcoholic fizz in a can are on display at the Round The Clock Deli September 11, 2019 in New York City. - Health-conscious American millennials have found their drink of choice: alcoholic carbonated water that is lower in calories and carbs than beer and wine. A hard seltzer craze is sweeping the United States as Generation Y and Generation Z pursue healthier lifestyles, influenced by viral trends on Instagram and YouTube. (Photo by TIMOTHY A. CLARY / AFP) (Photo credit should read TIMOTHY A. CLARY/AFP via Getty Images)

White Claw is ready to change things up this summer.

The seltzer brand has announced that it will be releasing a version with a higher ABV.

White Claw Seltzer Surge will see drinks in the 8% ABV, a bump up from the 5% offerings. You can find the Surge products in blood orange and cranberry flavors.

Do you have a favorite White Claw flavor? Would you try something with a little more ABV?