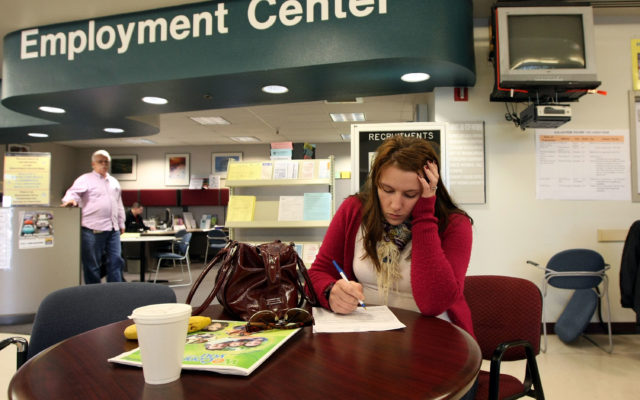 WEST SACRAMENTO, CA - MARCH 06: Brittney Nance fills out an application for food stamps at the Yolo County Department of Employment & Social Services March 6, 2009 in West Sacramento, California. Brittney and her family were evicted from the house they were renting after her husband, Steve Nance, lost his job. The couple and their three children are living in a budget motel while they save enough money for deposit on a new rental home, but are finding it difficult as they pay nearly $1200 a month for the motel room. All five live in a small studio sized room with most of their belongings. (Photo by Justin Sullivan/Getty Images)

On Tuesday, Kudlow said the benefits would pay roughly $400 per week as a median, and start up in about two weeks.

Unemployment benefits have been a major sticking point for Congress on the next coronavirus relief bill. House Democrats want to extend the $600 per week benefits that expired in July, while Senate Republicans want to cut them down to $200 per week.

Should the government continue to offer unemployment benefits until the pandemic ends? Or are they too expensive to continue?