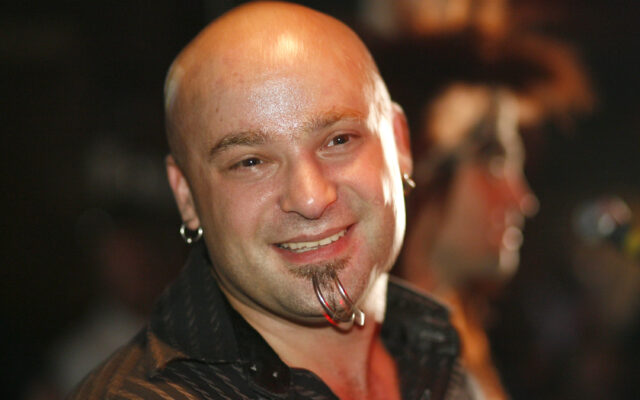 Disturbed’s David Draiman gave the scoop on why he got his famous chin piercings.

He shared the story with Revolver and said, “I left a successful administrator’s job. Six-figure salary, company car, company phone, company pager back in those days. And so leaving that to go try and be a rock star, my parents thought I was nuts. It created quite a rift at the time.”

He added, “There were two things I did once I quit my job. Once I knew that we had a record deal coming, I shaved my head, and I did the double labret. And yeah, I just wanted to do something that was original that nobody else had.”

David also shared that when he first got the piercings, it made his mother cry.

He ditched the piercings in 2018 and says they were a pain in the butt.

Do you prefer David with or without piercings? What unique piercing would you get if your job allowed it?