Why The Heck Is The Pfizer Vaccine Now Called ‘Comirnaty’? 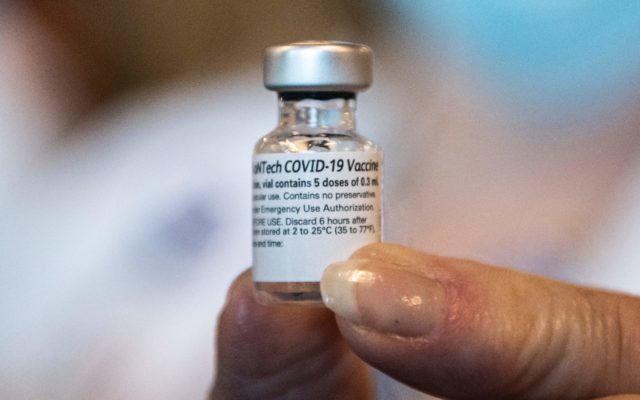 A healthcare worker holds a Pfizer-BioNtech Covid-19 vaccine at Memorial Healthcare System, in Miramar, Florida on December 14, 2020. - The United States kicked off a mass vaccination drive Monday hoping to turn the tide on the world's biggest coronavirus outbreak, as the country's death toll neared a staggering 300,000. (Photo by CHANDAN KHANNA / AFP) (Photo by CHANDAN KHANNA/AFP via Getty Images)

In case you missed it, Pfizer’s COVID-19 vaccine was given full approval on Monday, as well as a new name – ‘Comirnaty‘

So where on earth did they come up with that name?  It’s the work of Brand Institute, a pharmaceutical consulting firm that specializes in “the development of brands and identities”.

Pfizer says the name “represents a combination of the terms COVID-19, mRNA, community, and immunity”.

Do you think you could come up with a better name than ‘Comirnaty’?  Would one of the other names have been better?