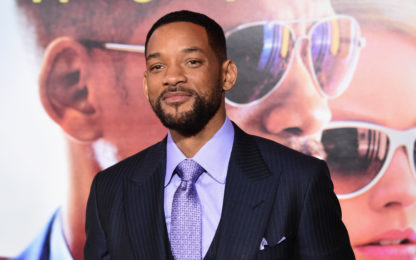 Way to go Will Smith! Apple won the bidding war for the new action-drama Emancipation starring Will Smith.

The film, directed by Antoine Fuqua, is the story of “whipped Peter,” a slave who ran away from a plantation through the swamps of Louisiana to head North where he joined the Union Army.

It was during a medical exam for the Army where he revealed his whipped back. A photo was taken that basically “went viral” with the photo being printed in the Independent in May of 1863 and then in Harper’s Weekly‘s July 4 issue, the photo was undeniable proof of the brutality slaves suffered during slavery.

Apple offered a deal of over $120 million, beating out Warner Bros. Fuqua says the film is important and speaks to the current climate as well as a film about “family and love.”