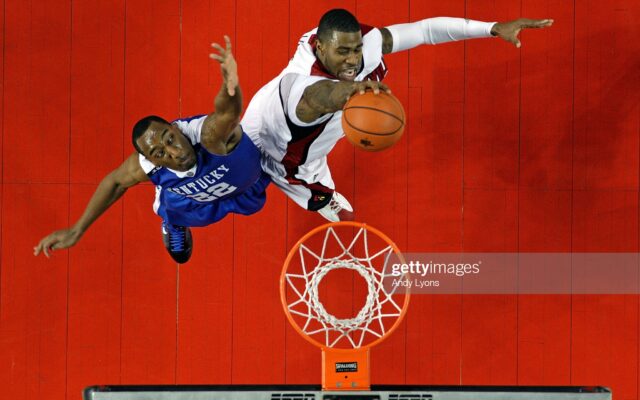 LOUISVILLE, KY - JANUARY 04: Terrence Williams #1 of the Louisville Cardinals and Ramon Harris #22 of the Kentucky Wildcats reach for a rebound during the game on January 4, 2009 at Freedom Hall in Louisville , Kentucky. Louisville won 74-71. (Photo by Andy Lyons/Getty Images)

The unfortunate news came down Monday morning, after an announcement by Josh Heird, The University of Louisville interim A.D.

Wednesday’s game at UK has been postponed.https://t.co/js6JFpF9Jt

“All basketball activities have been paused indefinitely due to multiple positive COVID-19 cases” said the release, meaning that now the biggest game of the regular season for both teams must be put on hold, and hopefully rescheduled. The 2 schools must work together, with officials monitoring opportunities for a suitable date in which the annual rivalry game, that has highlighted every season since ’82-’83 can be played.

Our game vs. Louisville Wednesday has been postponed due to positive COVID-19 results within the UofL program. We are working to find a replacement game for either Wednesday or Thursday in Rupp Arena.https://t.co/pd5HBAHfWk

Originally Scheduled for Wednesday at 6:00pm in Lexington’s Rupp Arena, The University of Kentucky must now attempt to find an opponent for those days, and word on the street is a local legend is interested;

.@KentuckyMBB if you need an opponent Saturday, we travel 😀

UK also stated “If circumstances change during the season and games are canceled and not rescheduled, UK Athletics will evaluate credit and refund options for the ticket portion of payment at the conclusion of the season.” and added “single-game buyers who purchased tickets through Ticketmaster will receive a separate communication.”

The Cats had already had their schedule effected by NCAA COVID protocols, having Ohio State drop out and be replaced by North Carolina on relatively short notice this past weekend. The Cards had only been without Malik Williams for their last game against Bowling Green that same day (the 18th).

The rise in cases has started to effect almost every major sporting league on both college and professional levels. Do you think it’s seasonal, now that we’re all inside again? 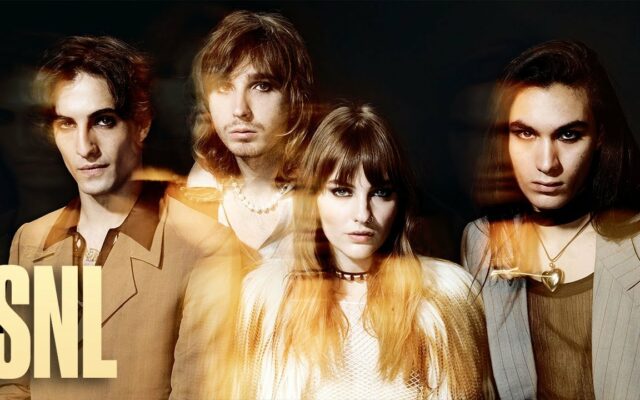