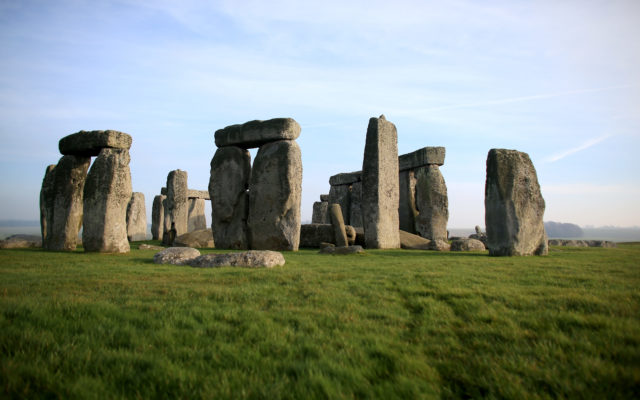 WILTSHIRE, ENGLAND - DECEMBER 11: Stonehenge monument is seen on December 11, 2013 in Wiltshire, England. English Heritage will be unveiling the new multi-million pound visitor centre at Stonehenge - located about a mile-and-a-half (2km) from the stones - which also included grassing over the road alongside the ancient monument and closure of the existing 1960s facilities on December 17. Stonehenge, built between 3,000 BC and 1,600 BC, attracts around 900,000 visitors a year, with 70 percent of those from overseas. (Photo by Matt Cardy/Getty Images)

Archaeologists have uncovered another mystery at Stonehenge – a nearby circle of believed to be connected to the neolithic structure.

Researchers used magnetic sensing to detect a circle of pits – 30 feet wide and 15 feet deep – that surround the ancient village where the builders of Stonehenge lived. The pits are dated to about 2500 B.C.

Historians still don’t know why Stonehenge was built but have made a number of significant discoveries in recent years.

What’s your theory on Stonehenge? What historical wonders would you like to visit in person?