Billie Eilish Has The Largest THIS Than Any Other Artist 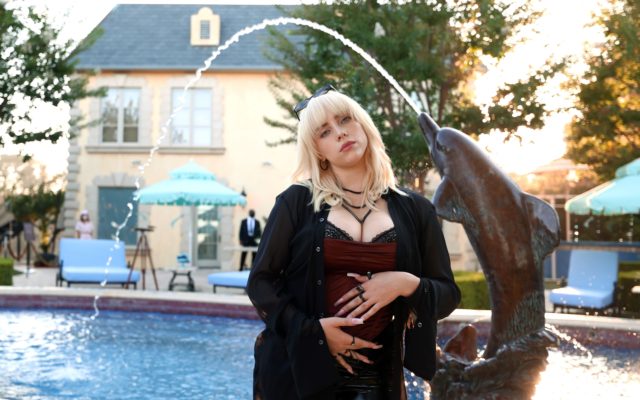 LOS ANGELES, CALIFORNIA - JULY 29: Billie Eilish attends the "Happier Than Ever: The Destination" celebration, presented by Billie Eilish and Spotify, for the new album on July 29, 2021 in Los Angeles, California. (Photo by Matt Winkelmeyer/Getty Images for Spotify)

Billie has the largest vocabulary!

According to a recent study by the language experts at WordTips, Billie Eilish has the biggest vocabulary in her music, at least, of any contemporary pop artist.

Her songs use, on average, 169 unique words out of 1,000. On the opposite end, Trey Songz and Carly Rae Jepsen are listed at the bottom of the artists studied, with 66 and 69 unique words per 1,000, respectively.

Now when compared with other musical legends, Eilish’s word diversity puts her ahead of all-time greats like Hank Williams and Bonnie Raitt, and not far behind Jim Morrison, Björk. Who is #1? The list’s top artist is Patti Smith.

Some other wordy modern pop stars who made the list include Harry Styles at 159 unique words out of 1,000, and Lizzo at 153.

As for the low end of the list, WordTips pegs Meghan Trainor with 72 unique words per 1,000, and Justin Timberlake at 76. Taylor Swift only averages 86 unique words, but she’s still ahead of Paul McCartney’s 83.

6 hours ago
Connect With Us Listen To Us On