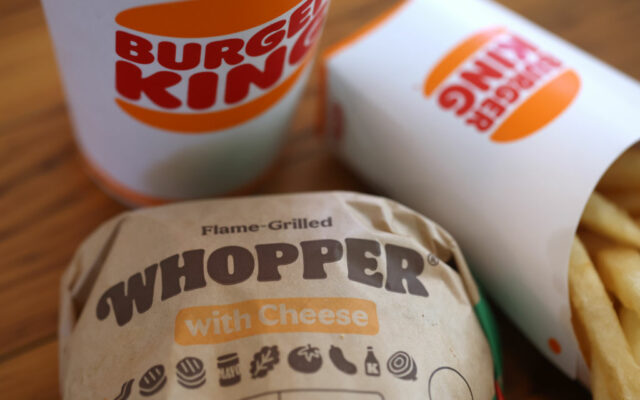 SAN ANSELMO, CALIFORNIA - APRIL 05: In this photo illustration, a Burger King Whopper hamburger is displayed on April 05, 2022 in San Anselmo, California. A federal lawsuit has been filed and is seeking class-action status alleging that fast food burger chain Burger King is misleading customers with imagery that portrays its food, including the Whopper burger, as being much larger than what is actually being served to customers. The lawsuit is being brought by South Florida attorney Anthony Russo. (Photo Illustration by Justin Sullivan/Getty Images)

The promotion is to celebrate the sandwich’s 65th birthday.

Fans outside of NYC can get codes @BurgerKing on Instagram, while supplies last.

How do you hope to celebrate your 65th birthday?