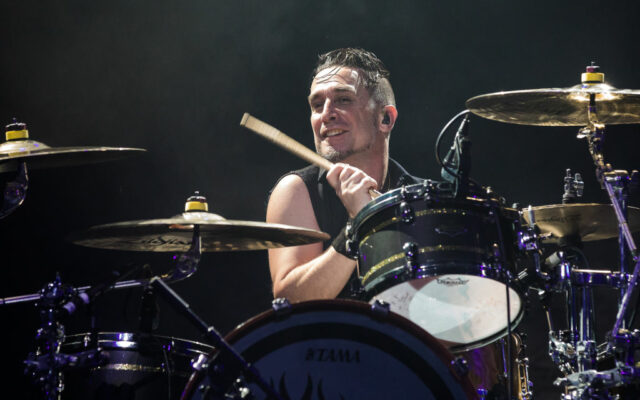 Former Offspring drummer Pete Parada is reflecting on his decision to leave the band over the Covid vaccine.

Parada was dropped from the band’s tour after refusing the vaccine for medical reasons.

On Tuesday on social media, he talked abut what he called “the mainstream global narrative/response to the virus.”

Parada wrote, “What a difference a year makes. One year ago today, I made a statement about losing my gig. At the time it felt as if I was losing my entire career and the biggest piece of my identity. I spoke up because I needed to try to shape the world in a way that allowed for my children to make choices about what happens to their bodies – free of coercion. But I had fully expected to be cancelled, and that price tag was worth the hope of a shift in our collective consciousness.”

Parada went on to say, “Then something amazing happened: people started showing up with overwhelming support. What I thought would be a flame war for myself and my career turned into a community of others who felt the same way but didn’t have an outlet to express it, or didn’t feel capable of speaking up. I can’t count the number of messages I received from all over the world – people who felt lost and devastated because they didn’t agree with the mainstream global narrative/response to the virus. As heartbreaking as your stories have been to hear, they kept me from feeling entirely isolated – and kept me going through the most harrowing ordeal of my life.”

Is there anything your company could do that would make you walk out right now?