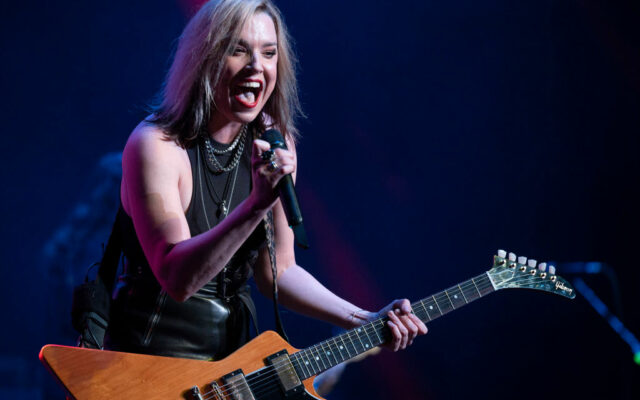 Lzzy Hale, the lead singer of Halestorm, was asked about the possibility of releasing a solo album in a recent interview with Sweden’s RockSverige. “There might,” she replied.

Hale said she has plenty of unreleased songs that, once they are heard, fans will be able to hear her specific impact on the band. She said making a solo album will absolutely happen in the future.

The frontwoman was also asked during an appearance on SiriusXM’s “Trunk Nation With Eddie Trunk” if her bandmates voiced any concerns about the fact that she is the only person to appear on the covers of Halestorm’s most recent studio albums, “Vicious” from 2018 and 2022’s “Back From The Dead.”

She said it was their idea to make her the face on the covers because they were not “thrilled” to do it.

Do you listen to Halestorm? What is your favorite album?