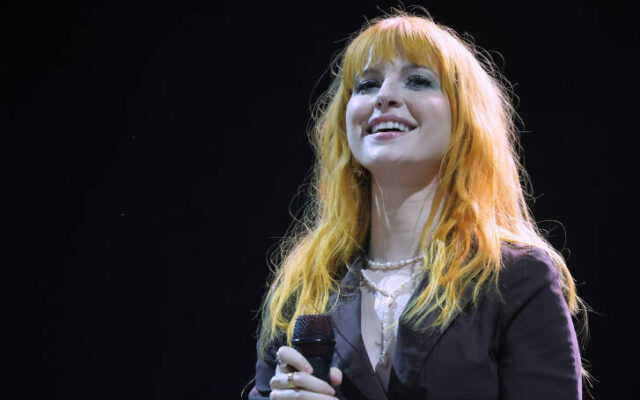 INDIO, CALIFORNIA - APRIL 23: Hayley Williams performs with Billie Eilish on the Coachella stage during the 2022 Coachella Valley Music And Arts Festival on April 23, 2022 in Indio, California. (Photo by Amy Sussman/Getty Images for Coachella)

In a chat with the band Wet Leg for a new podcast from The Face, vocalist Rhian Teasdale said:

“I think for us one of the hardest or most irritating things about being women is probably just the stupid comments on the internet like, ‘Oh she’s holding that guitar but she’s not actually playing it.’ Like, for example, when I am just not using my guitar but then I need to play it in the chorus or something, there will always be a comment being like, ‘Girls shouldn’t play guitar, women shouldn’t play guitar,’ and it’s just like… it’s so dated but it’s still there! And I just hate it so much. It’s so frustrating.”

“I know those people so well, and I don’t even play guitar on stage. I don’t even dare, because I love to play guitar, but I don’t know if I could handle it…man. I feel you so hard. I just hate that people even need to point it out. I don’t even really think about my gender at all, when we play the music especially. It’s just not part of the picture.”

Do you ever consider gender when watching live music?