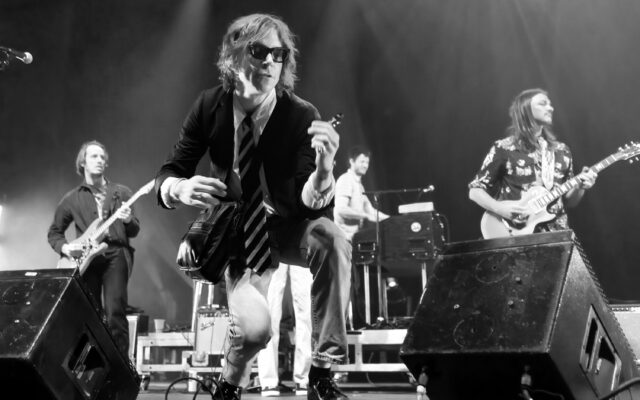 INDIANAPOLIS, INDIANA - SEPTEMBER 04: (EDITORS NOTE: Image has been converted to black and white.) Matt Schultz of Cage The Elephant performs during the Tom Petty Dreamset on day 2 of the ALL IN Arts & Music Festival at Indiana State Fairgrounds on September 04, 2022 in Indianapolis, Indiana. (Photo by Scott Legato/Getty Images)

Behind every band name is a story – and in the case of Cage The Elephant, it’s certainly an interesting one.

Frontman Matt Schultz says his band used to be called ‘Perfect Confusion’, until one night after a show they were confronted by “this guy with a shaved head and a long goatee yelling and screaming and talking to himself”.

The man charged the group and Schultz thought he was going to be attacked – only for the man to give him a big hug.