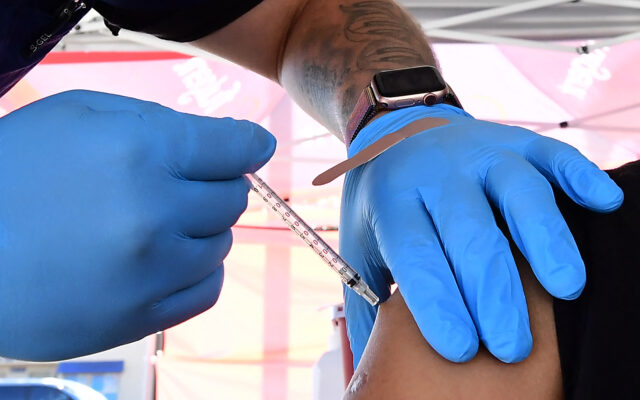 The Pfizer Covid-19 vaccine is administered at a pop-up clinic offering vaccines and booster shots in Rosemead, California on November 29, 2021. - President Joe Biden on Monday told Americans not to "panic" over the newly identified Covid variant Omicron and said he does not foresee new lockdowns or extending travel restrictions for now. (Photo by Frederic J. BROWN / AFP) (Photo by FREDERIC J. BROWN/AFP via Getty Images)

In an unexpected move, a federal judge in Missouri on Monday issued an order that blocks President Joe Biden’s national vaccine mandate for health care workers in 10 states.

The order was handed down by U.S. District Judge Matthew Schelp, who ruled the U.S. Centers for Medicare and Medicaid didn’t have the authority to issue the order, which affected more than 17 million U.S. health care workers, court documents reveal.

The states in which the order has been temporarily lifted include Alaska, Arkansas, Iowa, Kansas, Missouri, Nebraska, New Hampshire, North Dakota, South Dakota and Wyoming, per Schelp’s ruling.

Schelp’s decision comes one week ahead of the December 6th deadline for health care workers in about 76,000 U.S. facilities to get their first doses of vaccine.

Why are people who have already been vaccinated against several other diseases so opposed to getting their COVID shots?

31 mins ago
Connect With Us Listen To Us On