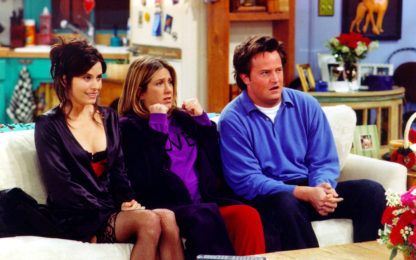 Friends aired its final episode in 2004, but thanks to streaming services, the hit TV show is still as popular as ever.

And now Lego wants to prove that Rachel, Ross, Joey, Monica, Phoebe, and Chandler will always be there for us with a 2,048-piece Friends apartment kit.

It includes the show’s two main NYC apartments and plenty of inside jokes.

For example, there’s the meat-sweats Thanksgiving turkey, the giant poking device used to check on the Ugly Naked Guy and Ross’ leather pants.

The Friends apartment set will be available June 1.

What’s one line from the show that you often throw out in your daily life?