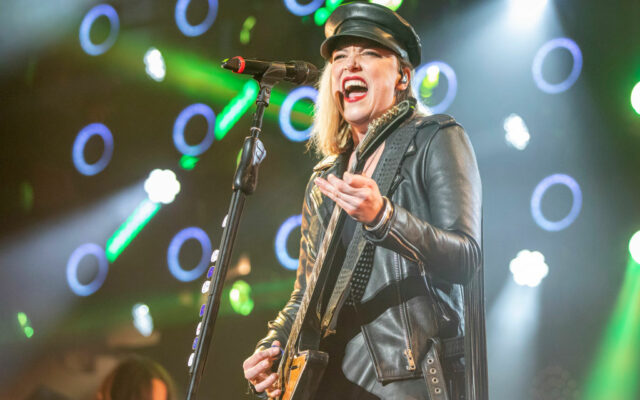 After carving out a place for herself in the rock world, Lzzy Hale has something to say to other women who hope to make it in music.

“It’s very important for me to talk about being a woman in this business and flaunting it in everyone’s face,” the  leader of Halestorm says. “It’s about action and not necessarily planning. Every time some of these say, ‘How do I get started?’ You have to start and do anything that you deem possible. When we first started the band, I was 13 years old. Our first shows were in the corner of coffeehouses and restaurants.”

But most importantly, Hale says, up-and-comers should focus on their music, not money or fame. “Do it because you love it,” she says. “Don’t do it because you are going to make it into your career, make money, or for attention. You have to do it because it’s a primal need.”

Do people who focus on money and fame sometimes make it big anyway?