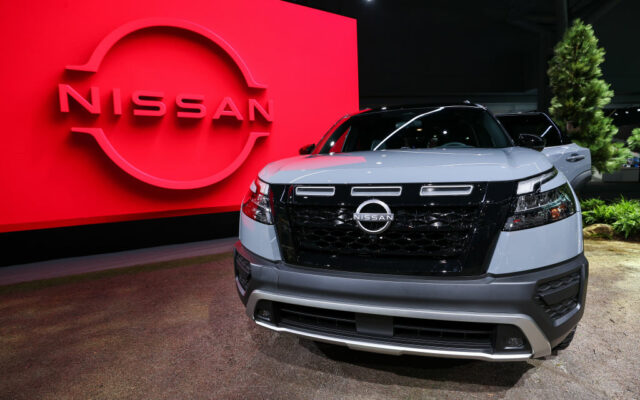 NEW YORK, NY - APRIL 13: Nissan Pathfinder Rock Creek is seen on display during the press preview for the International Auto Show at the Jacob Javits Convention Center in New York City, United States on April 13, 2022. The NYIAS returns after two years due to the COVID-19 pandemic. (Photo by Tayfun Coskun/Anadolu Agency via Getty Images)

Nissan has announced the recall of more than 300,000 Pathfinders after discovering their hoods tend to fly open when the vehicles are being driven.

The recall involves 322,671 Pathfinders manufactured between 2013 and 2016, according to the automaker. Of those vehicles, only about .44 percent have the hood issue, Nissan reports. “The bell crank assembly lever, which actuates the secondary lock lever, may become stuck, thereby preventing the secondary lock from properly engaging the secondary hood catch,” reads a release from Nissan. “The hood may open without warning while the vehicle is in motion.  In such cases, it could obstruct the driver’s forward view and may increase the risk of crash.”

Nissan officials say they’ll start sending out notifications to Pathfinder owners in July with instructions on how to get the issue repaired.

Have you ever had your hood fly open while you were driving?