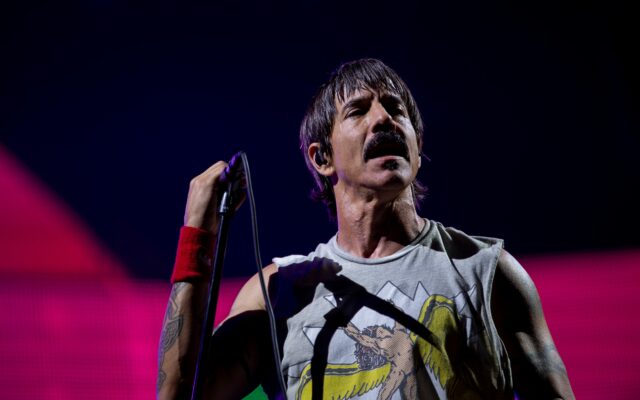 Anthony Kiedis, singer of the US rock band Red Hot Chili Peppers performs at the main stage of Rock in Rio festival, Olympic Park, Rio de Janeiro, Brazil, on October 3, 2019. - The week-long Rock in Rio festival started September 27, with international stars as headliners, over 700,000 spectators and social actions including the preservation of the Amazon. (Photo by MAURO PIMENTEL / AFP) (Photo by MAURO PIMENTEL/AFP via Getty Images)

If you missed it, over the weekend the band posted an 18-second video of a tasty guitar lick from John Frusciante.

Does that mean new music is arriving soon?  The band says it finished up a new album late last year, and will launch a massive world tour in June.