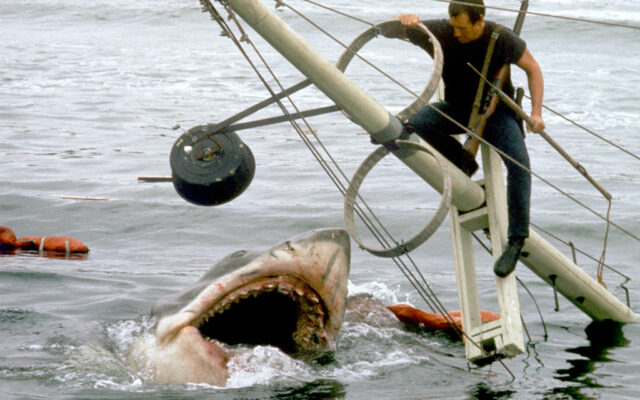 American actor Roy Scheider on the set of Jaws, directed by Steven Spielberg. (Photo by Sunset Boulevard/Corbis via Getty Images)

Steven Spielberg recently shared the one regret he had over making the Jaws franchise.

Spielberg said, “I truly and to this day regret the decimation of the shark population because of the book and the film.”

He continued, “I really, truly regret that. That’s one of the things I still fear.”

He added, “Not to get eaten by a shark, but that sharks are somehow mad at me for the feeding frenzy of crazy sports fishermen that happened after 1975.”

What’s the most daring thing you have ever done? How did you overcome your fear to accomplish this daring feat?