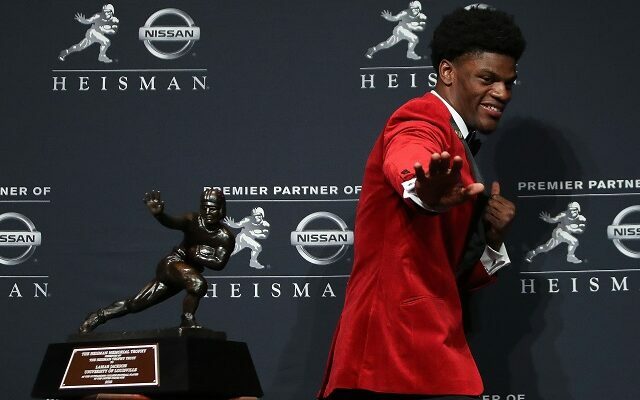 NEW YORK, NY - DECEMBER 10: Lamar Jackson of the Louisville Cardinals poses for a photo after being named the 82nd Heisman Memorial Trophy Award winner during the 2016 Heisman Trophy Presentation at the Marriott Marquis on December 10, 2016 in New York City. (Photo by Michael Reaves/Getty Images)

Lamar Jackson is always great with young fans, and when a boy from Mississippi was surprised with his fave, tears were flowing! He has a heart condition and his mom says off-camera while capturing the meeting “he had no idea!”

Before our game this week, @Lj_era8 met Landon, a huge Lamar fan from Mississippi who has a heart condition 💜🥺

He grabs on for dear life and tears of joy flow!