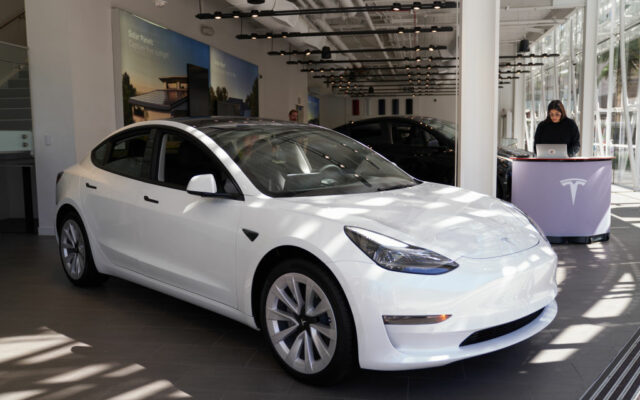 SANTA MONICA, CA - SEPTEMBER 22: A Tesla Model 3 vehicle is on display at the Tesla auto store on September 22, 2022 in Santa Monica, California. Tesla is recalling over 1 million vehicles in the U.S. because the windows can pinch a persons fingers while being rolled up. (Photo by Allison Dinner/Getty Images)

Tesla has announced yet another recall after it discovered the tail lights in a number of its Model 3 and Model Y vehicles can have minds of their own.

The tail lights in roughly 321,000 Teslas that were sold in the U.S. can turn off intermittently, according to the National Highway Traffic Safety Administration. The recall affects 2023 Model 3s and 2020-2023 Model Ys, the administration reports.

Do Teslas have too many problems, or is this normal for newer car companies?