The Avengers Assembled to Defend Chris Pratt and Here’s Why 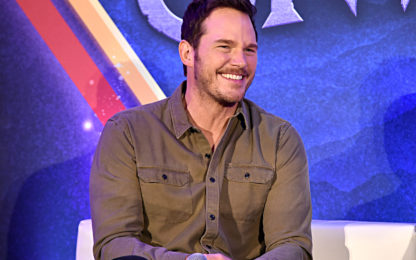 You never know what’s going to happen on Twitter.

This week a random “Which Chris is the worst in Hollywoord” challenge started being circulated around with Chris Evans, Chris Pine, Chris Hemsworth, and Chris Pratt.

In a overwhelming response, Chris Pratt was voted the one everyone would get rid of first.

The Avengers assemble to defend Chris Pratt after he was dubbed Hollywood's "worst Chris" https://t.co/ieBjvtzlSN pic.twitter.com/oC3vFpXadU

The Avengers quickly assembled to defend their costar.

You all, @prattprattpratt is as solid a man there is. I know him personally, and instead of casting aspersions, look at how he lives his life. He is just not overtly political as a rule. This is a distraction. Let’s keep our eyes on the prize, friends. We are so close now.

No matter how hard it gets, stick your chest out, keep your head up and handle it.
-Tupac
You got this @prattprattpratt . Your family, friends, colleagues & everyone who’s ever crossed paths with you knows your heart and your worth!