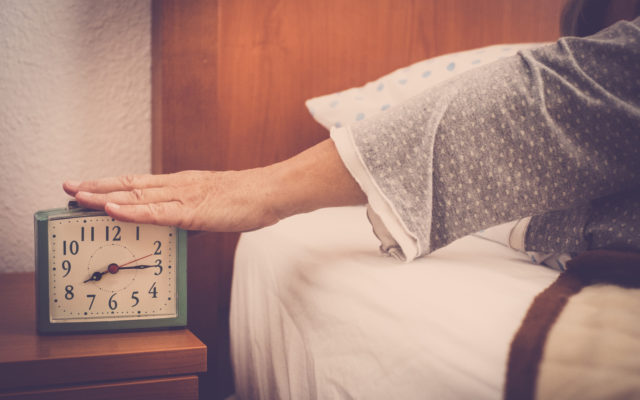 wake up with alarm clock sound for senior woman in pajamas

How long does it take you to get out of bed in the morning? A new survey conducted by Madison Muire, Editor at Mattress Nerd, says 24 minutes is the average time Americans take to get out of bed after two alarms and hitting snooze twice.

Of the 2,000 people surveyed, 29 percent felt groggy upon waking with only 11 percent saying they felt motivated in the morning.

The top three reasons people wake up in a bad mood included staying up late to watch television, being affected by a negative event in their life, and an uncomfortable mattress.

When participants talked about running late in the morning, things they skipped from their morning routine included making their bed, making breakfast, and coffee.