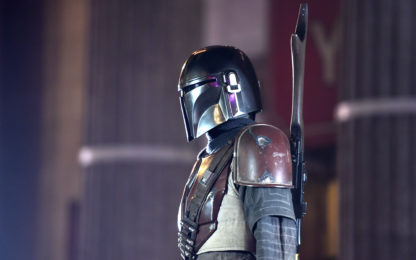 Fans have been asking when will the third season of The Mandalorian begin streaming, and now we seemingly have confirmation.

Last week, showrunner Jon Favreau hinted that filming would begin before the end of the year, unaffected by the COVID-19 pandemic as much of the production is computer-based.

But Disney+ has gone further, releasing a teaser video on its Slovakian YouTube channel that shows three seasons of the series as part of its 2021 lineup.

For now, we can watch the third episode of the second season, which was released Friday.

What’s in your binging queue this weekend?

More about:
2021
Disney Plus
Release
Season 3
star wars
The Mandalorian