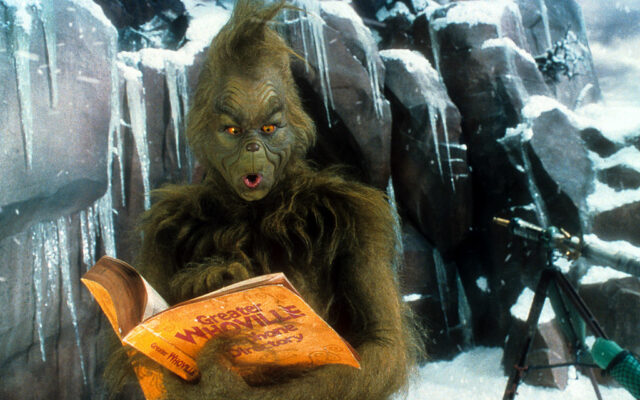 Jim Carrey looking through phone directory in a scene from the film 'How The Grinch Stole Christmas', 2000. (Photo by Universal/Getty Images)

There’s another Grinch film in the works thanks to XYZ Films, which is planning a horror take on the beloved Dr. Seuss character.

The flick will be called, “The Mean One” and David Howard Thornton is set to play the lead.

“The Mean One” will reportedly parody The Grinch by tweaking many of the story’s key details.

For example, Young Cindy You-Know-Who is orphaned after the Grinch kills her parents, and 20 Christmases later, she returns to Frazier Park in search of closure.

“The Mean One” will stream for free in the US beginning December 15th, though the studio has yet to reveal the platform on which it will be available.

What other kids’ story should be a horror movie?