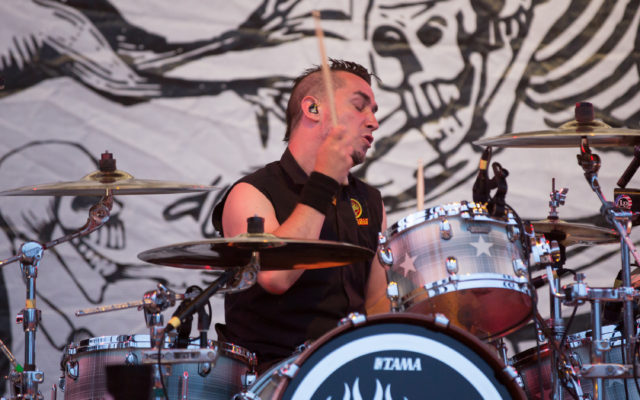 COLUMBUS, OH - MAY 20: Musician Pete Parada of The Offspring performs at MAPFRE Stadium on May 20, 2017 in Columbus, Ohio. (Photo by Jason Squires/Getty Images)

Drummer Pete Parada is claiming that The Offspring fired him from the band over the Covid-19 vaccine.

Parada shared the news on social media on Monday, writing, “Given my personal medical history and the side-effect profile of these jabs, my doctor has advised me not to get a shot at this time.”

Parada also revealed that he had the virus over a year ago and experienced mild issues, but his battle with Guillain-Barré Syndrome has gotten more difficult.

“Since I am unable to comply with what is increasingly becoming an industry mandate — it has recently been decided that I am unsafe to be around, in the studio, and on tour,” wrote Parada. “I mention this because you won’t be seeing me at these upcoming shows.”

“I have no negative feelings towards my band,” Parada added. “They’re doing what they believe is best for them, while I am doing the same. Wishing the entire OFFSPRING family all the best as they get back at it!.”

Who do you think will be handling drumming for The Offspring?