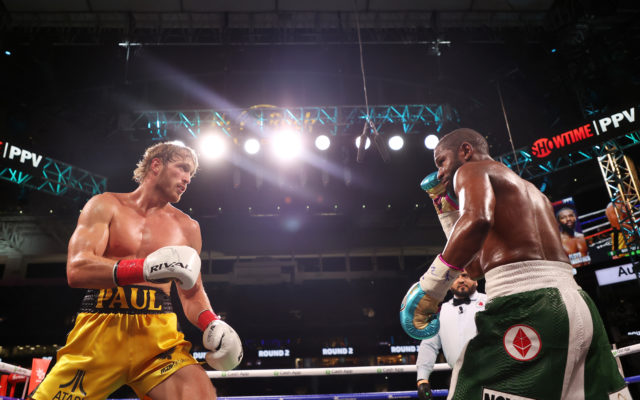 Conspiracy theorists have been reviewing the tape from Sunday’s Floyd Mayweather vs. Logan Paul match – and they’ve found something fishy.

Viewers point to a ‘suspicious moment’ at the end of a round where Floyd appears to knock Paul out with a punch – then appeared to hold him up until the bell rang.  The theory is that Mayweather wanted the match to go the distance and was keeping Paul upright so the match could continue.

Of course, conspiracy theories might not even be needed – before the fight, Mayweather said “If I want I could knock him out in the first round”, but that “we want to give the people entertainment.”

The match was considered an exhibition only with no judges and no winner declared.

Do you think Floyd was holding Paul up?  Why wouldn’t he just knock him out?