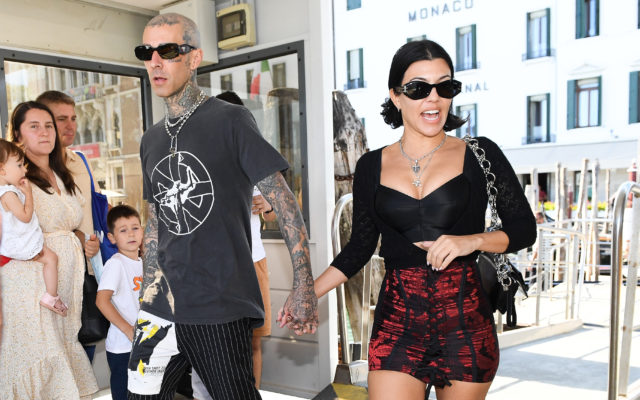 Travis Barker and Kourtney K are reminding us all that they are madly in love.

During a recent rare interview, he chatted about his girl and how she helped him get over his fear of flying.

In addition, the drummer said, “It’s still something very new to me, but having something that gives me the strength and hope to be able to overcome things that were so traumatic in my life, it just says a ton. She’s definitely that for me. I’m invincible when I’m with her. It’s like I never dreamed, I never even considered flying again.”

Travis also shares that he has a special bond with Kourtney’s kids, especially Penelope.

Are Travis and Kourtney your idea of couple goals?