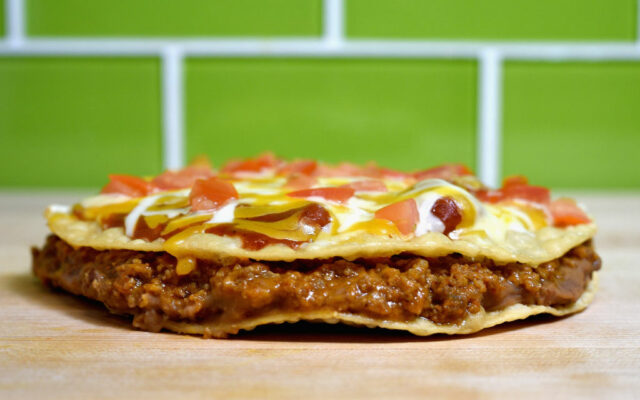 Taco Bell is officially putting the fan-favorite Mexican Pizza back on the menu, starting May 19th.

It was pulled from menus in November 2020.

In a news release, Taco Bell credited fan Krish Jagirdar for spearheading a “Save the Mexican Pizza” petition on Change.org that has reached almost 200,000 signatures.

In a recent interview, even country superstar Dolly Parton expressed her love of Mexican pizza and hoped it would return.

Taco Bell itself also began teasing “something special” coming on May 19 during a Super Bowl commercial with rapper/singer Doja Cat.

Is there another fast-food item (not just Taco Bell) that you wish would make a comeback?