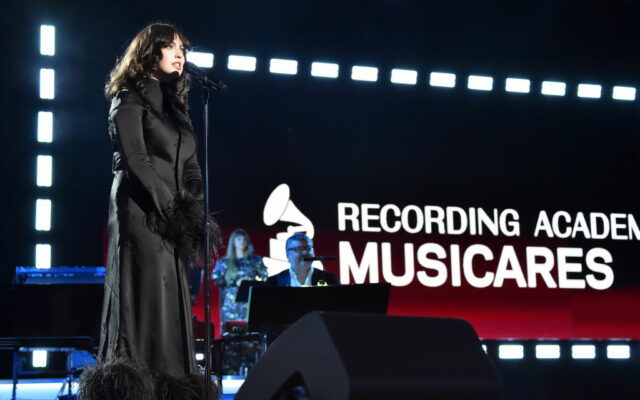 While Foo Fighters canceled their Grammys performance in the wake of drummer Taylor Hawkins’ death, some of the Foo family still showed up to celebrate in Las Vegas.

Violet performed a cover of Mitchell’s “Help Me” at the pre-Grammy Awards event.

Violet was joined by her mother Jordyn and sister Harper at the event, each dressed in all-black.

What do you think of Violet Grohl starting her own music career? Do you have a favorite Joni Mitchell song?