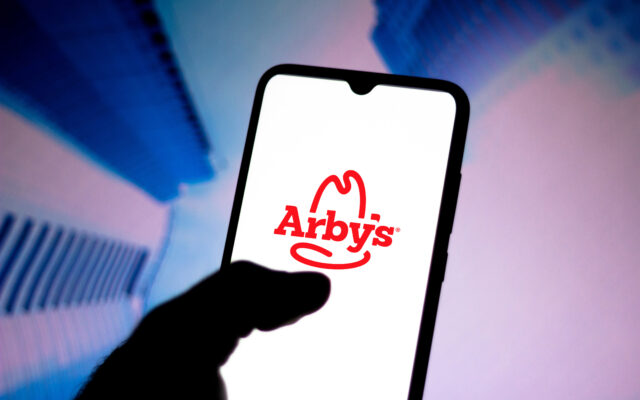 BRAZIL - 2020/08/03: In this photo illustration, an Arby's logo seen displayed on a smartphone. (Photo Illustration by Rafael Henrique/SOPA Images/LightRocket via Getty Images)

Who would’ve thought that vodka and French fries would pair well together… apparently Arby’s did!

On November 18th, the fast food chain will debut their two new French fry-flavored vodkas that are based on their famous curly fries and their new crinkle-cut fries.

In a statement released from Arby’s, “Though we’ve mastered the art of drive-thru fries, we wanted to take one step further by making them 80-proof. Being a potato based liquor, this limited edition vodka is infused with Crinkle and Curly fry flavor so Arby’s fans can enjoy our menu from bag to bottle”.

Are you going to try the new french fry-flavored vodka from Arby’s? What other fast food menu item should be made into an alcoholic beverage?