Fireball is Releasing Kegs That Hold 5 Liters of Whisky 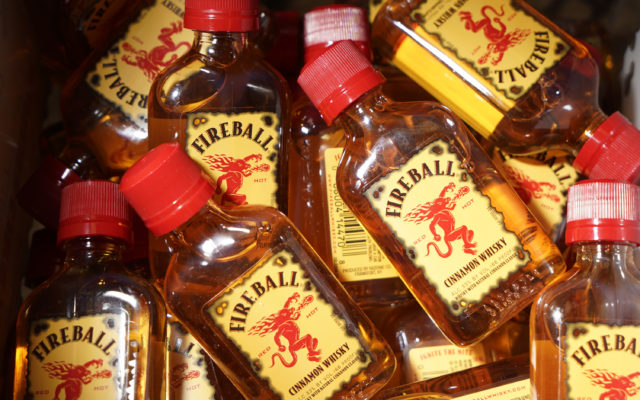 TOPSHAM, ME - JANUARY 19: Allen's Coffee Flavored Brandy has long been the best selling liquor in Maine but in 2017, Fireball Cinnamon Whisky nips almost matched the sales of the brandy. Last year, the 1.75 liter bottle of Allen's Coffee Flavored Brandy had nearly $5 million in sales compared to the $4.7 million in sales for the Fireball Cinnamon Whisky nips. Tito's vodka came in third in sales at $3.46 million. Photographed at Bootlegger's Beverage Warehouse in Topsham on Friday, January 19, 2018. (Staff Photo by Gregory Rec/Portland Portland Press Herald via Getty Images)

If you love whisky-like REALLY, REALLY love whisky-Fireball has something with you in mind.

The FireKeg has three spouts and enough whisky for about 115 shots.

You can find the FireKeg in stores later this month for around $75.

Do like Fireball enough to buy this? What is your choice of drink when it comes to shots?