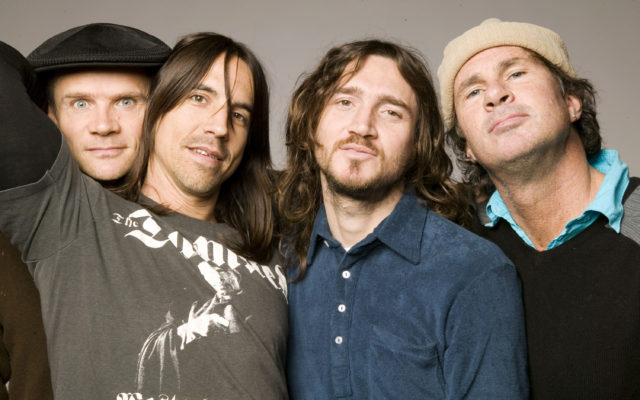 UNSPECIFIED - UNDATED: In this handout image made available on March 1, 2007 by MTV, members of the band Red Hot Chilli Peppers poses for a portrait shoot. Red Hot Chilli Peppers were announced as one of the nominees for the MTV Australia Video Music Awards 2007, which take place in Sydney on April 29 at the Acer Arena. (Handout Photo by MTV/Getty Images)

If you have any food at home that you want to use before it goes bad, you could always try making music with it.

This isn’t Bloom’s first time using food to play music-in the past he has used actual peas to play Black Eye Peas, hot dogs to play Florence and the Machine’s “Dog Days Are Over” , and even Converse All Star shoes to play Smash Mouth’s “All Star.”

What should this musician play next with food? Can you do something fun like this with your computer setup?